Pick up any of those meet the breed type books or even the AKC’s Weimaraner Page and Weims really just sound like boring ol’ gray dogs, but to me, Weims have a bit more character. Here’re some favorites!

Weimaraner puppies are known to have a more prominent occipital bone at the top of their head, affectionately known as a “smart bump.” These tend to go away as they grow older, but even some adult Weims have a little knot up there!

In Weimaraners, cowlicks usually appear on the face, back of the neck or on the shoulder.

“Cowlicks in Weims are not that uncommon. I sometimes get one on the nose (right down the center) but the hair is so short there you hardly notice it. I have also gotten a circular cowlick (about the size of a quarter) one on each side of the shoulders. I have also seen one down the back of the neck.

I talked to the owner about it and the dog was the son of Ch. Shadow Barthaus Dorilio (who is behind a great many Weimaraners). She told me it was called “the mark of Dorilio.” Dobes get them there too – but then, Weimaraners were used in the invention of the Dobe, so that’s not too surprising.

The cowlicks I’ve had have never stopped any of them from achieving their Championships.”

These are the small skin flaps or “horns” on the ears that some Weimaraners have.

Why Harrasburg? Old wives tales call these horns a sign of good breeding, and US Weimaraners were largely built on Harrasburg lines.

All three breeds have also nick-named these skin-tag like protrusions, “Devil’s Horns.” No explanation needed!

Named after yet another early and influential kennel, Grafmar’s cap refers to the lighter patch at the top of Weimaraners’ heads. It is on the back half of the head between the ears and usually becomes more prominent as the dog ages.

Does your Weim nook? This is nursing/kneading/sucking behavior that seems to run in some lines.

Oh my, now we get interesting!

No, they really are not just short coated gray dogs. There are blues, longhairs, longhaired blues, tan (Doberman) markings, and white spots — all considered normal for the breed. Maybe disqualified or heavily faulted but definitely normal.

I love all these things that make our Weimaraners so much more than just a medium sized gray dog. What are some of your favorite peculiarities? 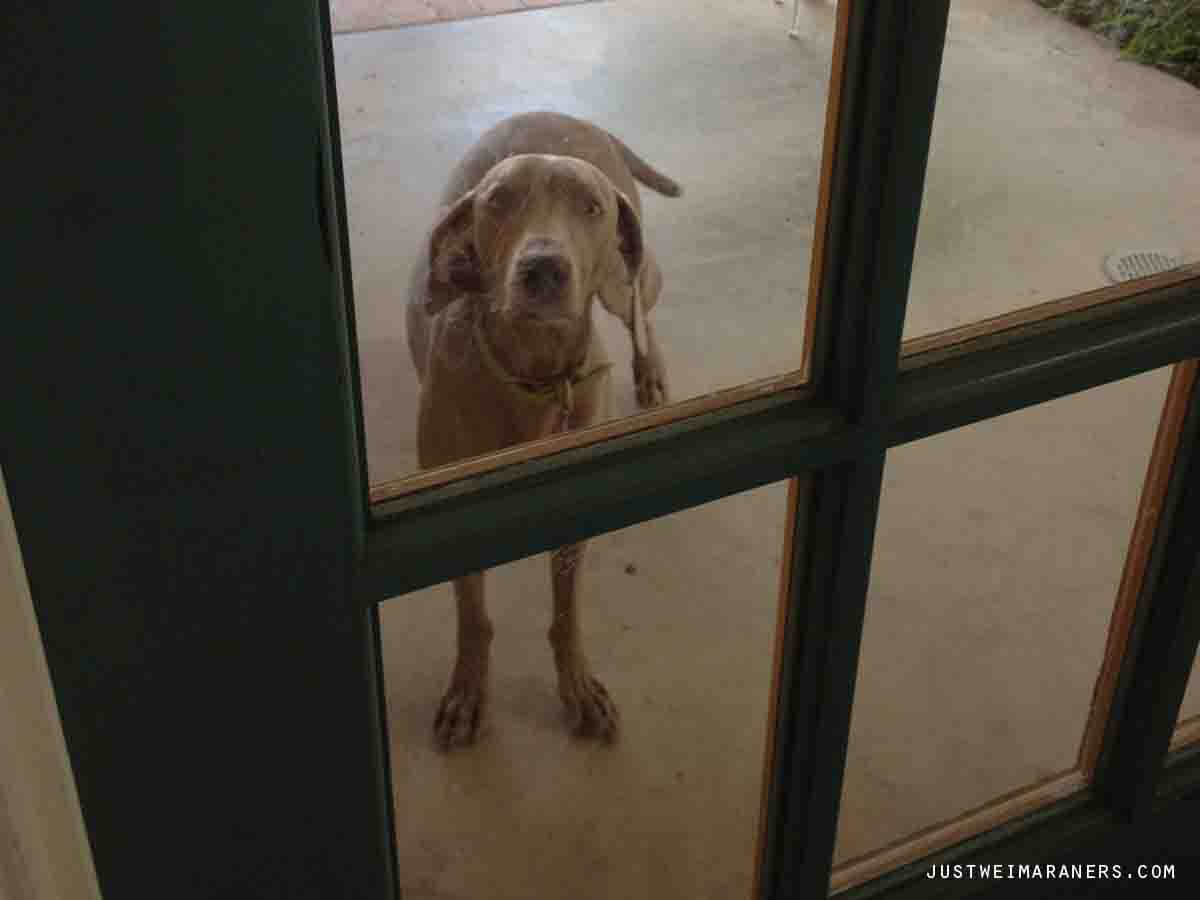 Common Weim wisdom says that Weimaraners and apartments don't go together. A fenced yard is a MUST for an active breed like the Weimaraner. Right? Think again. 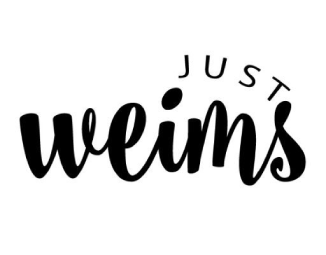 Ah, the boys, the lovable boys! Ask any Weim owner and they will tell you, the boys are categorically oh so sweet, forget those manipulative bitches, the boys are their heart dogs. 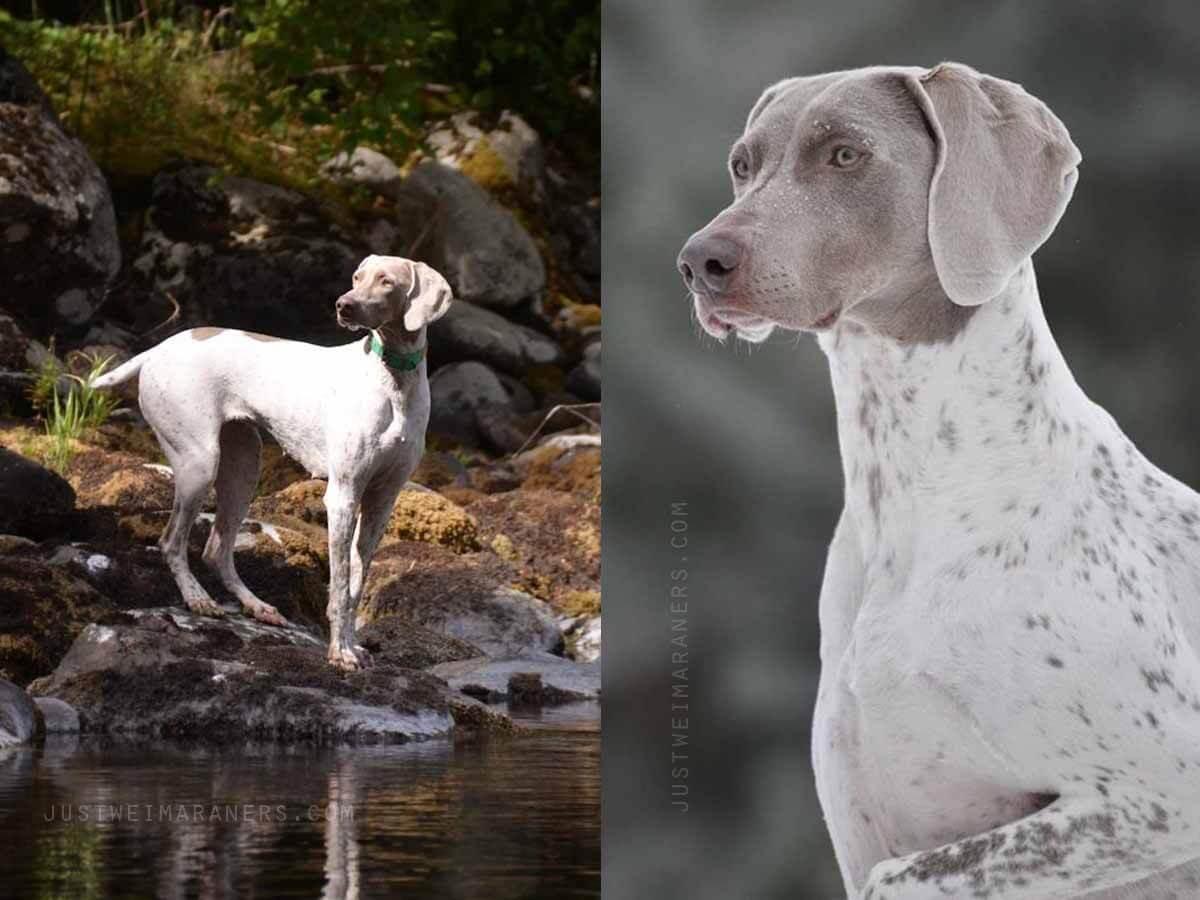 52 responses to “Smart Bumps, Harrasburg Horns, and Other Weimaraner Peculiarities”